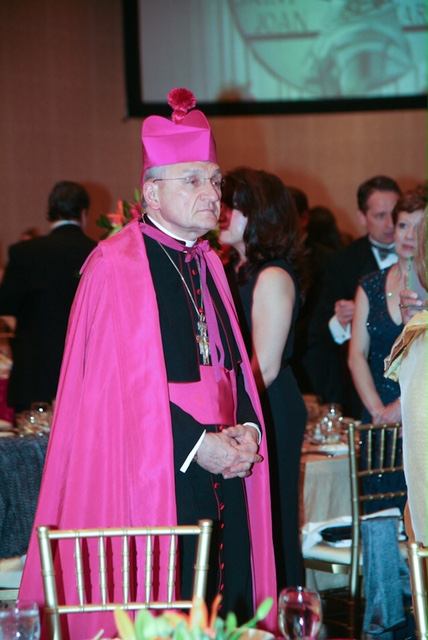 Bylaws of Saint Lucy’s Auxiliary to the Blind

The name of this nonsectarian organization shall be SAINT LUCY’S AUXILIARY TO THE BLIND.

The object of this organization shall be, in general, to encourage and inspire a lifetime commitment of volunteer service in young women while raising funds for the visually impaired. The Auxiliary honors qualified candidates with the Joan of Arc Medallion at the annual Medallion Ball.

A member shall be considered active who is interested in the welfare of the Auxiliary, attends its meetings, serves on any committee of the organization or its projects, or renders support of the Auxiliary through contributions.

Applications for membership must be signed by the applicant.

After acceptance, active and junior members shall be considered in good standing if their annual dues have been paid.

Section 6. Mothers of Junior Medallion Candidates and Candidates to be Presented

Mothers or guardians of active and qualified Junior Medallion Candidates and Candidates to be presented are required to be members.

The amount of the annual dues shall be set periodically by the Board of Directors. They shall be payable in advance upon receipt of notice.

Any member in arrears for payment of dues for two consecutive years will be so notified by letter. If dues are not paid upon receipt of such letter the member shall be automatically dropped from membership in the Auxiliary and shall not be reinstated until all current dues are paid. Dues renewal and directory information deadline dates will be upheld.  A $5.00 late fee will be assessed; the member will not be listed in directory but will still receive a directory. New members joining after deadline dates will not be listed in the directory but will still receive a directory.

Honorary members shall be exempt from payment of dues.

Regular meetings shall be held four times a year. There will be a spring meeting, date to be determined by the President annually.  The other three meetings will be held during the months of September, November and January. In case of emergency or lack of a quorum at any meeting, the Executive Committee may select a different date.

The November meeting shall be the election meeting.

The regular meeting in January shall be the annual meeting and shall be for the purpose of receiving reports, installing officers and conducting any other business that may arise.

Special meetings may be called by the President or by the Executive Committee. The purpose of the meetings shall be stated in the call.  At least two week notice shall be given.

Article 6 – Officers and Their Election

The Nominating Committee shall consist of five members, two to be appointed by the President from the Board of Directors and three to be elected at large at the spring meeting. Such five members shall elect their own chairman. It shall be the duty of this committee to nominate a candidate for each office to be filled in that particular year. A list of nominees shall be sent to all members with the notice of the November meeting.

Election shall be by ballot unless there is only one candidate for each office to be filled when election may be by voice vote.

A vacancy in any office for which these bylaws do not provide a successor shall be filled by vote of the Board of Directors.

Article 7 – Board of Directors

The elected officers of the Auxiliary plus the chairmen of the Standing Committees shall constitute the Board of Directors.

There shall be at least two meetings of the Board of Directors in each fiscal year. The President shall call the meetings for times which she deems most suitable. Special meetings may be called by the President or the Executive Committee if it is deemed necessary.

Five members of the Board of Directors shall constitute a quorum at a meeting.

The fiscal year of the Auxiliary shall be from February first through January thirty-first.

The rules contained in ROBERT’S RULES OF ORDER NEWLY REVISED shall govern the Auxiliary in all cases to which they are applicable and in which they are not inconsistent with these bylaws.

In case of dissolution of the Auxiliary ordered under the same provisions as Amendments, any monies, assets or property owned or held by the Auxiliary shall, after payment of any and all debts and expenses then due and owing by said Auxiliary, be given to fund one or a combination of specific projects which would directly benefit the visually impaired. Such projects are subject to the consideration, review and final approval at any meeting of the Auxiliary of a two-thirds vote of those members present.

These Bylaws may be amended at any meeting of the Auxiliary by a two-thirds vote of those members present and voting provided that a copy of the amendments has been sent to each member at least two weeks before the meeting at which they are to be considered.  Bylaws should be reviewed and revised, only if necessary, every four years.